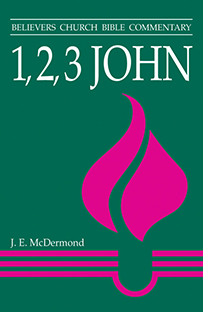 As R. Alan Culpepper notes (2006: 590), the idea of using familial language to describe the divine/human relationship is quite old and not limited to biblical writings. In the Bible, however, expressions like “child of God” or “son of God” denote a unique relation between God and those who are faithful to God. Though not widespread, the OT uses this familial imagery and assumes or highlights the covenant between the Lord and Israel. This is particularly true of the crucial event in Israel’s early history. In the exodus, the Lord claims Israel as “my firstborn son” (Exod 4:22; cf. Hos 11:1). The parental imagery appears in other literary genres as well, such as Psalm 103:13: “As a father has compassion for his children, so the LORD has compassion for those who fear him” (cf. Prov 3:12). This theme of “fearing” or respecting the Lord highlights another aspect of Israel’s identity as God’s child or son: as a member of the Lord’s family, Israel is expected to be obedient to the Lord. Because they are “children of the LORD,” they are to refrain from pagan behavior (Deut 14:1–2; cf. Ps 82; Hos 1:1–2:1). When Israel disregards its relationship with the Lord, the nation is described as “degenerate children” who deal “falsely with him [the LORD]” (Deut 32:4–6; cf. Isa 1:2, 4; 30:1).

The fact that the metaphor continued to be used is probably due to Jesus’ own thinking and teachings. He taught his followers that they should think of God as “Father” (Matt 5:48; Luke 6:35–36) and address God as “Father” when they pray (Matt 6:9; Luke 11:2). One of his best-known parables depicts God as the patient and loving father of two difficult sons (Luke 15:11–32). Moreover, it is clear that he accepted the OT idea that the children of God are faithful to God’s ethical expectations. Matthew 5:48 identifies God, the Father, as the standard for Jesus’ follower’s behavior. In this same chapter (5:9, 45) we read that those who are peacemakers and love their enemies will be known as “children of God.” And those who pray to their “Father” (Matt 6:9) are to forgive others if they desire forgiveness.

The letter accepts this foundational idea that belief or knowledge of what God did in Jesus Christ is crucial to the believer’s self-understanding, but there is more. First John 3:1 makes the dual point that becoming a child of God is a result of God’s love (See what love the Father has given us, that we should be called children of God) and the trait distinguishing the children of God from the world is knowledge or lack of knowledge of God. Additionally, 1 John 3:2 makes the point that child-of-God status has an eschatological element. The author expects a future revelation at Jesus’ return (2:28), and at that time the children of God will be shown to be like him, for we will see him as he is (3:2).