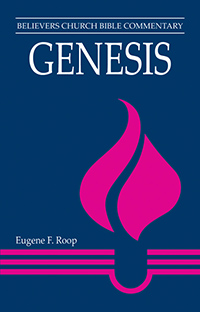 The word "covenant" has provided the biblical tradition an important way of talking about the relationship between God and humankind, and among people. Whether covenant is the central theme of the Bible, as some suggest, or one of a number of key metaphors describing relationships, its importance cannot be doubted. In Genesis, covenant appears in the text speaking of the relationship of God to all humanity after the Flood (Gen 9), God and the family of Abraham (15:17), Abraham and Isaac with Abimelech (Gen 21; 26).

In any discussion of covenant we run the risk, indeed the necessity of oversimplifying the term just to understand it. Covenant is not a concept that can be described by listing a series of characteristics. Rather, covenant involves a way of understanding relationships. The characteristic elements of that way, or perspective, on relationships could and did change as God’s community continued its pilgrimage.

Sometimes biblical "covenant" borrowed its language from the way in which treaties were made in the ancient Near East. At other times covenant language comes from the world of family organization: husband and wife, brother and sister, parent and child. Still different language could be used to describe covenant: language from other forms of social organizations, such as kingship, or even from nature.

One common way of organizing the discussion of covenant in the Old Testament is to speak about two different streams or paths of the tradition of covenant. One of these streams finds its key expression in the Exodus material about Sinai. The Sinai narrative understands covenant as a two-party agreement emphasizing the responsibilities (laws) that the community assumes as the people of Yahweh. God has rescued the group from bondage, made them a people. This community covenants with its Deliverer to live responsibly as God’s people. A serious breach in the agreed-upon responsibilities of the covenant people will result in a rupture in the relationship. The people may become not my people (Hos 1:9).

A second stream of the covenant tradition finds its expression in the texts concerning David and Abraham. This covenant tradition emphasizes God’s unconditional commitment to be with and for the people. To be sure, this covenantal perspective knows that responsibilities are incumbent on the people of the covenant. But the lies on God’s gracious gift of relationship, a relationship that no one can "put asunder."

In Genesis 21 and 26 we see the two-party or bilateral covenant in operation between Abraham/Isaac and Abimelech. The two men "cut a covenant" that stipulated their behavior concerning the wells that herdsmen of the two were guarding (Gen 21), and perhaps more general interaction as well (Gen 26). The bilateral covenant in this case was sealed with an oath and perhaps a meal (Gen 26) or a symbolic gift (Gen 21). Primary emphasis in this covenant falls on the responsibilities and obligations of the parties involved and in that way reflects the perspective on covenant present in the Sinai material.

To be sure, each of these covenantal texts (Gen 9; 15; 17) realizes that human response, perhaps even specific behavior, is a part of the covenant. Genesis 9 speaks about behavior that respects the gift of life, mentioning specific actions that the early church continued, according to Acts 15. Genesis 15 speaks about Abraham’s response in terms of trust or faith. Genesis 17 calls the Abrahamic family to participate in a ritual of inclusion for its male members as the sign of covenant. Nevertheless, these covenantal texts do not speak of God’s commitment to the relationship as dependent on even these responses by God’s covenant partners. The steadfast love of God, not the ambivalence of human response, grounds the security of the covenant.

Both perspectives of covenant in the Old Testament remain important for the church. If the unconditional-gift emphasis of the Davidic-Abrahamic covenant disappears, covenant can dissolve into a legal contract dependent on the right behavior of the people for its future. Misbehavior looms as a final threat to the future of the relationship. But should the Sinaitic emphasis be lost, covenant can provide a false sense of security, allowing the covenant people to assume that God is for them regardless of what they do. Covenant initiated by God involves both gift and responsibility. Sometimes we need to sound one note, sometimes the other.