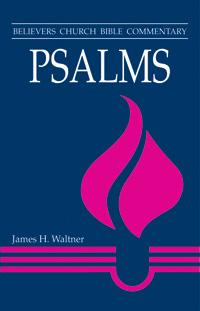 The lament or complaint psalms often contain cries for elimination of the evil that is threatening the supplicant. Since evil is personalized, imprecation is directed against persons (evildoers, enemies, godless, criminals, beasts, even the demonic).

These authentic prayers of biblical people are calling not for a personal fight but with concern about the adversaries of God’s cause (Pss 5:5–6, 9–10; 139:19–22). In language of exasperation, this is human rage directed at injustice. The worshippers petition the Lord to do away with the wicked and thus establish justice. We may more readily understand psalms of imprecation when we see them as the cry for justice by oppressed and powerless people. Thus, imprecation psalms are not “curse psalms” as much as prayers to God for vindication of the right in God’s own way and time. They give voice to the psalmist’s belief that God’s right must prevail (Ps 35:24).

Yet the fiery imprecatory passages create a dilemma for the Christian reader in light of the NT call to love the enemy. One approach has been to assume that this is only an OT issue. But that is to forget that the NT also has its expressions of hostility and curse toward opponents who are seen as the enemy (Luke 19:44; Gal 1:8–9; Rev 6:9–11). Another solution has led to the censoring of “offensive” texts for public and private reading of Scripture, excising imprecations from lectionaries and prayer guides (Holladay: 304–15). However, faithful reading and interpretation of the Scriptures demands that we struggle with the meaning and value of all of these texts.

I offer the following suggestions to help us understand these prayers of imprecation and to encourage their appropriate use in the life of the church:

2. We must not equate the speech of vengeance with acts of vengeance. In the psalms, the speech of vengeance is characteristically offered to God, not directly to the enemy (109:1, 21). When one is in the depths and besieged on every side, the only way out is to cry to God with thoughts and words of the moment. To pray at such times is both to let it (the anger) out and at the same time to hold it (the anger) back. The prayer becomes a vehicle for the inner fury of the oppressed, a way to deal with one’s anger. Recognizing that imprecations express rage by people who experience massive upheaval in life can help us legitimize rage. The prayer out of hatred that says, “I am fed up,” can be a first step in relinquishing that hatred to God. Pouring out bitterness and hurt can be the beginning of healing.

3. Vengeance belongs to God, and the prayer of rage as voiced in psalms of imprecation finally leaves the matter where Moses (Deut 32:35) and Paul (Rom 12:18–21) both tell us it belongs—in the hands of God (cf. Ps 94:1; Isa 63:4; Heb 10:30). We may understand the vengeance of God as “the other side of his compassion—the sovereign redress of a wrong” (Brueggemann: 73). That God practices vengeance is one way the Bible has of speaking about moral coherence (Ps 94:2–3, 23). An important feature of the imprecation prayers is that the one who prays for the defeat and destruction of enemies views them not only as my and our enemies, but also as your enemies, God’s enemies (139:19–22). This is based on the claim that in God’s creation is a moral order not to be ignored. The anger and judgment of God, therefore, are not manifestations of a divine arbitrariness nor pure retribution for misdeeds. Rather, God moves against people and evil forces in a way that is consistent with the divine character and thereby vindicates the purpose of God (Miller 1986: 151–53).

4. The prayers of imprecation are poetry in all its power and evocative potential. As poetic prayers, the psalms calling for vengeance are “a passionate clinging to God when everything really speaks against God” (Zenger: 79). The terrible image of babies being dashed against rocks is a picture of violence at its worst (137:8–9). The text lifts up this kind of act as the extreme form of the destruction of a community. Here the Scripture may serve not to perpetuate violence, as a surface reading might suggest, but rather to expose and unmask violence (Miller 2004: 196–98). Within Scripture there is explicit and implicit criticism of the inclination to violence (Pss 46:8–9; 122:6–9; Prov 25:21–22; Isa 2:2–5; 11:1–9; Mic 4:1–5). We also need to read the texts of imprecation in the light of other texts. The whole of the canon represents the larger picture of God’s way and purpose.

5. These texts can help us hear the deep human pain in the cries of brothers and sisters in the faith, or others who may legitimately cry for vindication and even revenge. Those who pray the psalms of enmity are shouting out their suffering because of injustice and the hubris of the violent. Thus, the texts can draw us into solidarity with those who wept by the rivers of Babylon (Ps 137:1) and with countless refugees who have lost home and all else. These texts, about the memory of rage, are reminders to us all of a world that cries out for God’s justice. Zenger summarizes: “These are poetic prayers that hold up a mirror to the perpetrators of violence, and they are prayers that can help the victims of violence, by placing on their lips a cry for justice and for the God of vengeance, to hold fast to their human dignity and to endure nonviolently, in prayerful protest against a violence that is repugnant to God. . . . The transfer of vengeance to God . . . implies renouncing one’s own revenge” (Zenger: 92).

6. Finally, we read these texts also in the light of Jesus’ words about enemies (Matt 5:43–45, 48), Paul’s words about vengeance (Rom 12:14, 19), the meaning of the death of Christ and the way of crucifixion (cf. Luke 23:34), the experience of Christian martyrdom and the prayer of Stephen (Acts 7:60). As Brueggemann contends, “There is a way beyond the Psalms of vengeance, but it is a way through them, and not around them. . . . Our rage and indignation must be fully owned and fully expressed. And then (only then) can our rage and indignation be yielded to the mercy of God” (Brueggemann: 78–79).