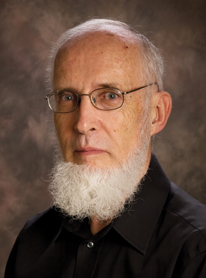 Ivan Friesen received a call to Christian ministry as a young adult and has engaged in academic studies, teaching, and service and pastoral ministries in North American and in several international contexts. He was director of Mennonite Central Committee programs in Israel and Palestine (West Bank) from 1968 to 1971. He taught at Swift Current Bible Institute, Swift Current, Saskatchewan (1976-80); Department of Theology and Religious Studies, University of Botswana, Gaborone (1986-92); and Shaw Divinity School, Raleigh, North Carolina (1996-99).

He and his wife, Rachel Hilty Friesen, served as copastors at Mennonite congregations in North Carolina and South Dakota from 1993 until 2007. He was a member of the Freeman Network for Justice and Peace. Ivan and Rachel are the parents of three adult children: Amal Ruth, Sena Margaret, and Philip Hilty.

Friesen did his undergraduate studies at Freeman Junior College and Goshen College (BA 1964). He earned a degree in biblical studies at Associated Mennonite Biblical Seminaries (BD 1967), including a year as an exchange student at the Interdenominational Theological Center in Atlanta. His graduate studies in the Old Testament were at San Francisco Theological Seminary (ThM 1973) and at the University of St. Michael’s College in Toronto (PhD 1990). Ivan and Rachel coauthored a series of Shalom Pamphlets on the Christian peace witness (Herald Press, 1981). In addition, Ivan Friesen coedited with Mary Schertz Beautiful upon the Mountains (Institute of Mennonite Studies and Herald Press, 2003). He contributed an essay to that volume: “Light to the Nations in Isaiah’s Servant Songs.”

Friesen’s family roots are in the settlement of Germans from Russia at Henderson, Nebraska. He was born there 58 years after the immigration of his Mennonite forebears from the Ukraine. Ivan and Rachel Friesen are now retired and living at Bluffton, Ohio, where Rachel grew up. They are members of Grace Mennonite Church in Pandora, Ohio.