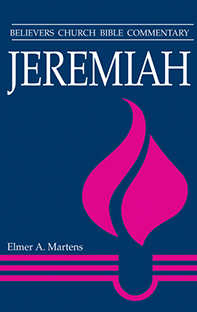 An emotion of intense anger, ascribed both to human beings and to God. The major Hebrew words describing wrath have to do with “nose” and “heat”—anger is expressed physically in heavy breathing and in heated or intense emotions. Just as words for the physical body, such as arm and eyes, are used of God, so also are words of human emotions.

Wrath is pictured as “breaking out and burning like a fire” (21:12). In another image it is as a tangible thing which leaves God’s presence and is not diverted or turned until it has reached its target (30:24). Or, God’s wrath is as a hurricane “swirling down on the heads of the wicked” (30:23). In still another image God’s anger is in a cup to be poured out or taken as drink (25:15).

Wrath may be thought of as the energy of divine justice expressing itself. It is not an irrational outburst. It is God’s concern which is the source of his anger. God’s anger is protective of his interests, including the objects of his love. His anger is against evil and all that is not in keeping with his holiness. The measure of his anger is justice. Anger is not the opposite of love; love’s opposite is apathy. One does well to remember that the God who put the sentence of judgment on Nineveh also lifted it off.